As I keep working on studying the relations of which countries do and do not have open borders, the one variable in the United States which keeps sticking out is our very high homicide rate relative to other countries. It is the only variable where we are consistently doing worse than every member of the Schengen Area. Our corruption perceptions index, ease of doing business index, and our press freedom are all in line with member states of the European Union. However, our homicide rate is significantly higher than that of any member state of the Schengen Area.

The big question of course is why, and in order to answer this question I am going to describe what the data shows in several variables:

When it comes to regions, murder rates vary wildly city to city. Statista has the data to fully see where people are most likely to be shot. They found that the cities in the United States with the highest murder rates today are in:

St. Louis has the largest rate by far and than the rate drops significantly after that. Shootings around St. Louis tend to be concentrated around downtown, and in Black neighborhoods. Shooting map, Race map. Almost all of the murders were committed using a firearm.

When it comes to states, we see (unsurprisingly) a similar pattern:

Murder disproportionately impacts African Americans more than anyone else.
https://www.acsh.org/news/2017/08/10/african-american-homicide-rate-nearly-quadruple-national-average-11680

Here is a map of states with a higher homicide rate than Lithuania: 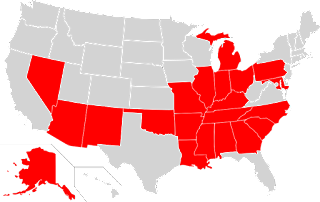 Here is a map of US Inequality from Wikipedia: 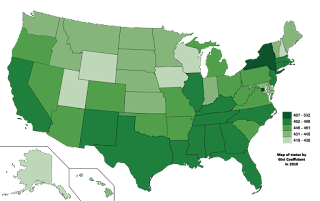 Not a perfect fit, but still pretty darn close.

The best theory so far which I have tested myself and have not broken is that income inequality is the biggest driver of homicide. This journal article shows how the inequality hypothesis is an unbreakable hypothesis (I tried and failed to disprove the inequality hypothesis myself when I was in college) in determining where there will be more homicides using a linear regression. Meaning, the relationship between them is so strong that it is a linear one at that, which is actually highly unusual.

More articles examining the link, none are very long and all are worth reading:

Reading through these articles, along with my own research, I am completely convinced that in order to reduce our homicide rate we need to focus on reducing our inequality.

As you can see, there are no shortage of policies the US government can do right now to reduce inequality, save lives, and save money. We should do as many of these as politically possible as soon as we can.

This is ultimately how we will reduce our homicide rate to be in line with other developed economies.

We need to do this now.

Lives are literally on the line.