I really enjoy looking at how good cities are designed as opposed to bad cities, and have found a list of several policies which I believe would be good to improve the livability of cities around the world. These policies should be applicable to cities of all sizes in most situations.

Free Transit which serves all major commutes in a metropolitan area

When it comes to building a functional transit system, a few key components come to mind. First thing of all, the transit must be frequent for convenience so people can not just get to their destination but also get back home. It must be fast, and this means rail is the way to do it for longer or high density commuters. The top priority is of course to make sure you have a network going out from downtown, and also to ensure high density routes around the city are covered as well.

The majority of trips in the metropolitan area should be easily covered by mass transit in about the same amount of time it will take to drive.

Munich, Germany has the best transit system I have ever used in my life: 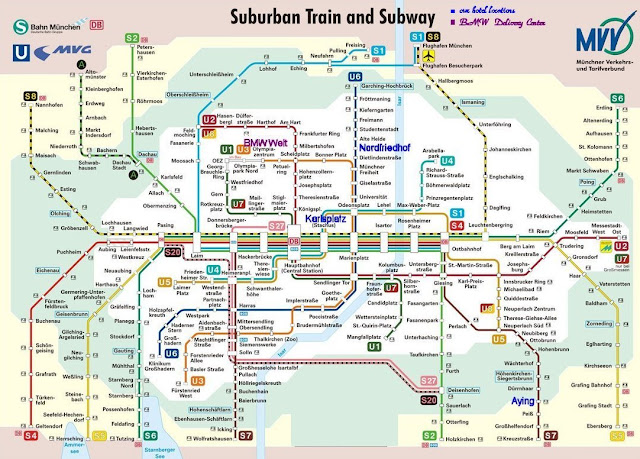 This system hits all of the best parts I have learned abuot how to design a transit system. I would personally remove the zoning laws which increase fares outside of the white area, but the white area covers the vast majority of the city. On top of this, all of the buses are free as well.

If you want a highly functioning high quality transit system, be like Munich.

The reason to have free transit is because people think on the margin, which is that we act on the small bit of gain for the next bit of effort. If the amount of gain is larger than the effort expended, people will probably make the change. People have trade off ratios between time and money (obviously) and in order to encourage people to do the right thing we need the better option for the environment and society be the cheaper and faster option. We make it faster not by slowing down other methods (for this reduces societal welfare) but by making the sustainable option (aka rail) faster and cheaper. The easiest way to do this is by having free and fast transit. Wilkommen aus München.

Once you have fixed your transit system, which needs to happen first to give people an alternative to driving, you need to make driving more expensive in the areas with chronic congestion. The first step is to toll all exit ramps within 3 km of downtown at a rate which changes with congestion. This will give further encouragement for people to get out of their

Improving transit to areas will have a double impact, places closer to downtown will be cheaper ceteris paribus, and places further from downtown will be more expensive. This should balance out in the long run, but the way to ensure prices don’t spiral out of control is to increase density, particularly near rail stations. This benefits society in two ways, more supply means lower prices, ceteris paribus, and having high density near a train station means these people can walk to the station which increases the amount people will commute via train vs drive their own cars.

The first three policies further two goals, reduce pollution and reduce wasted time. Both of these are expensive and cost a large city billions of dollars of productivity every year. With more people taking transit and people living in denser areas, the environmental impact of your city will be reduced, but we can still go further.

The first policy is the easiest to implement and the one with the biggest impact, is an escalating exemption free carbon tax which would be implemented in all states around your metropolitan area. This makes burning gasoline more expensive, encouraging people to either use transit or get an electric car. It should be placed at least at the societal cost of burning gasoline. This is proven to work around the world.

The second policy is a lot harder to implement but would make a big difference. We should make it so that people don’t have to have long commutes to work by zoning in a mixed zoning method. Have commercial and office buildings spread throughout the city along with housing fairly evenly. Industrial generally needs to be set apart for pollution and noise reasons (as any Cities Skylines player knows) which will mean you will have commuters to those locations, but this can be remedied  by ensuring there is very good transit to the closest residential areas to the industrial area for those workers to be able to use. You keep residential prices low by ensuring your transit system is consistent across the metropolitan area.

Policies which should be taken for granted

Obviously water, sewage, trash, electricity, education, and internet should be provided by the city because they are all natural monopolies. Education should be free, and all of these other natural monopolies should be sold to consumers at cost. It shouldn’t be free because such a policy invites waste, but it shouldn’t be expensive either. Having this done by local government will ensure that people are more likely to get the quality they need, and that they won’t spend more money on an inferior service. When I say education I include all education up through a bachelor’s degree at a minimum.

I am deeply offended I had to put all of these on the list. Goddamn Rick Snyder.

Finally, all of these policies are well and good, we need to ensure they are being paid for in a way which is fair and equitable to all. This means on top of our carbon tax we need to have a progressive tax code, which means a progressive income tax. This I would do by taxing all income for a single individual above $100,000 at a progressive rate, and having a negative income tax for a single individual who makes less than $100,000. This is on my tax code blog post, which I refer back to all the time because it is one of the most important pieces of writing I have ever done and I can’t improve on it.

This is, in my experience, what a beautiful and functional city looks like.